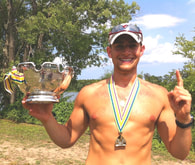 Matt McNeill
Military College Rowing Coach, MRC
Matt began rowing in the fall of 2009 as a walk-on to the Fairfield University men’s varsity squad.  Matt quickly developed a passion for the sport of rowing, becoming a two time captain and breaking the school 2,000m record, setting the bar at 6:19.  While attending Fairfield University as an undergrad and masters candidate he coached for Fairfield College Preparatory School.  Coaching the freshman squad for three years.  He is extremely passionate about teaching the sport of rowing to both beginners and experienced rowers.  Matt currently coaches at Maritime Rowing Club (MRC) in Norwalk.

Matt aspires to represent the United States as an Olympic oarsman, and is currently training with MRC in pursuit of this goal.  The dual role of coach and athlete offers Matt a great opportunity to synthesize his knowledge of the sport, to promote his personal growth as an oarsman, as well as to develop others as rowers.  He is deeply passionate about rowing and believes that the character traits that rowing encourages are characteristics that are lifelong and valuable in all aspects of one’s life. Matt also holds a Bachelor of Art in History and a Master of Art in Secondary Education from Fairfield University.  He has a passion for education and sees rowing and coaching as a great way to express this desire to build others up into the exceptional humans they were created to be. 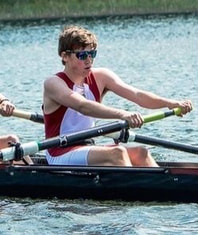 Matt Conley
Assistant Rowing Coach for the College Military Program
Matt learned to row on the Norwalk River in 2011 and is currently a varsity rower at the Salisbury School where he focuses on 8s and 4s. Matt has competed at numerous regattas and championships including Mercer Sprints, Kent Invitational Regatta, and the New England Rowing Championships.
Matt is entering his junior year at Salisbury and aspires to row at the collegiate level. 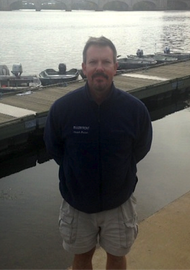 Brian Wendry
Rowing Program Director at Riverside Recapture, Inc
Brian has worked for Riverfront Recapture since 1998 and has been Director of Rowing Programs since 2005. After rowing lightweight at Ithaca College, he was the Assistant Men’s Coach for Wesleyan University. He then coached under Seattle boat-builder and former Olympic rowing coach, Stan Pocock, as the Assistant Coach of the Seattle Yacht Club Rowing Program, where he later became Head Coach.

After earning an MA in English and an MS in Industrial Relations at Iowa State University, he returned to the east coast and coached at Middletown High School and the Ethel Walker School for Girls.

Brian’s wife, Jennifer, is the Head Coach of the University of Connecticut’s Women’s Rowing Team and they live in Coventry with their three children. 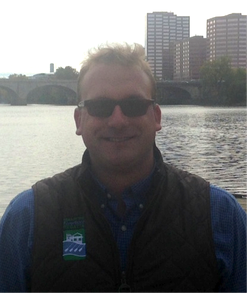 Chris Hayes
Experienced, Intermediate and Beginner Coach
The Assistant Director of Rowing Programs since 2009, and an integral member of the rowing staff since 2006, Chris earned the Deputy Director distinction in 2014; he continues with all of his previous rowing duties, but has taken on facility management responsibilities and is involved with organizational decision making at the Director's level. After learning to row at Riverfront, he rowed at the University of Connecticut, served on UConn’s Executive Committee for Club Sports and UConn’s Board of Funding for Student Programs, and later coached the UConn Men’s program.

He is the Director of the Head of the Riverfront Regatta, an event that attracts 2,500 participants and 10,000 spectators annually and is staffed by more than 100 volunteers. In 2009, his Varsity Boy’s 4+ took 1st at the 38th Annual Head of the Schulykill Regatta in Philadelphia, PA, and in 2012 they earned one of only 36 invitations nationwide to compete at US Rowing’s Youth National Championships in Oak Ridge, TN. 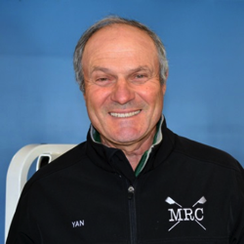 Yan Vengerovskiy
Head Coach & Director of Programs at MRC
Yan, is a former member of the Ukrainian National Rowing Team, and a graduate from the top sports institute there. From 1973-1991, he coached the Soviet Union Junior Women’s National Team. In 1991, Yan and his family immigrated to the United States. He has coached at the Norwalk River Rowing Club, Fairfield University, and the Saugatuck Rowing Association. In 1996, Yan and his wife Olga founded the Water Sports Center and the Maritime Rowing Club, both of Norwalk, CT. Yan coaches all levels at the boathouse and is most recognized for his work with the high competitive teams and their numerous achievements on the junior national level. In December 2011, US Rowing recognized Yan and Olga with the John J. Carlin Service award. Chosen by the USRowing Board of Directors, the award honors an individual, or individuals, who has made significant and outstanding commitments in support of rowing. 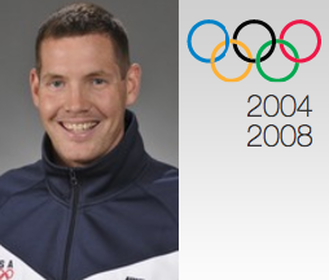 Daniel Walsh
Coach at MRC
Dan enjoys surfing and snowboarding during his down time from rowing. In addition to rowing, he wrestled in high school. As a wrestler, Dan was an undefeated county champion for two years and a state finalist. He injured his shoulder in the state championship in 1997 and turned his focus towards rowing. Dan enjoys music, particularly hip hop and rock. Right now, he is really into the blues and has begun playing the bass guitar. When he was younger, Dan played the double bass in a classical orchestra for 10 years. Dan's favorite group is the Beastie Boys and his favorite concert was the 1994 Lallapalooza show that included George Clinton, A Tribe Called Quest and the Beastie Boys. Following the 2008 Olympic Games, Dan wants to sell his car, buy a motorcycle and head West on his own kind of "walkabout." Dan is employed by The Home Depot through the Olympic Job Opportunities Program. Dan's parents and family have been his biggest support and inspiration during his rowing career.