In Memory of Sylvia Kirchner 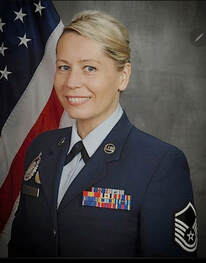 Sylvia Veronica Kirchner, 41, passed away on Friday October 9, 2020 in Myrtle Beach, SC. Born on October 1, 1979 in Krakow, Poland, she was the daughter of Andrzej and Barbara (Sychowska) Gomolka.

In 2019, after her retirement from service, she founded Front Line Adventures, a non-for-profit organization that helped support U.S. Veterans through sports and other reconditioning activities, and helping them come to terms with injuries, illnesses and PTSD.  She was deeply dedicated to the mission of helping those who sacrificed for the good of Our Country.

Sylvia enjoyed gardening, going to the beach, collecting shells and creating jewelry from them. She was a lover of all animals. Sylvia was an extensive traveler and enjoyed experiencing different cultures. She was not a great cook, but she was an excellent baker. Sylvia was very proud of her military accomplishments, but above all, her 14 year old daughter Emma was her greatest pride and joy!

Rest In Peace, Sylvia… you will be greatly missed.
Paul-Stephen Varszegi

In Memory of Paul A. DeFelice 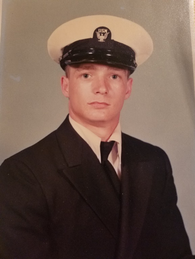 Paul A. DeFelice, age 60, of West Haven passed away suddenly at his residence on Friday, July 15, 2016. Born in Stamford, April 20, 1956, he was a son of the late Anthony M. and Theresa Foligno DeFelice. Paul had served his country proudly in the U.S. Navy. A loving father, grandfather, brother, uncle and friend, he will be greatly missed by all who knew him. He is survived by his beloved son, Kevin P. DeFelice and his fiancée Justine Cardillo of Stratford, his cherished grandchildren, Brooklyn and Kali DeFelice, his brothers, Anthony DeFelice and his wife Laura of Trumbull and Michael DeFelice and his wife Maryann of New Canaan and his sister, Sharon Bellofiore and her husband Marc of Trumbull. He is also survived by four nieces and five nephews. All funeral services were held privately. Arrangements in care of the Abriola Parkview Funeral Home, 419 White Plains Rd., Trumbull.

I came to know Paul while working as a Housing Specialist for the VA Healthcare System in West Haven, CT and assisted him in getting his apartment when he arrived in town.

When he discovered our kayaking program some 4-years ago, he would always come and participate with his newly found friends every weekend throughout the season. He became an avid and skillful kayaker and really enjoyed the recreational rehabilitation which made his entire week less stressful. Paul was a great sportsman and friend to others, always offering to help others new to the sport.

I was very sad to learn of his passing which I found out through his other program Veteran’s and later confirmed by his son Kevin.

Rest In Peace Paul… you will be greatly missed.
Paul-Stephen Varszegi

In Memory of Kent Illausky

Kent was first introduced to me while I was working as a Housing Specialist for the CTI office at the VA/ECCC. I was asked to go and meet him at a place he was temporarily staying. He was described to me as, "the most difficult client" that I will ever work with. Although we had a first rough meeting, we quickly developed a mutual respect and trust for each other shortly after I was able to secure permanent housing for him. I was then assigned to work with him exclusively as a Peer Support Specialist because he was still very difficult for others to work with. I invited Kent to join our Veterans' Rowing & Kayaking program where he could escape the inner city life and try recreational rehabilitation kayaking in a very peaceful environment at our boathouse club in Holyoke, MA.

Kent greatly benefited from the program as he began making many new Veteran friends, who like himself, were struggling with physical and mental issues. Kent now realized that he was not alone in his struggles and found common bond between our program Veterans who are all severely disabled. When Kent was diagnosed with stage-4 cancer, I was invited to work with him as a team member on the VA cancer ward. We would travel to Yale for radiation treatment daily and once weekly for chemo treatment at the VA hospital where he was staying. We also spent a lot of time visiting the local beach where we would sit in lawn chairs soaking our feet in the ocean and talking deeply about his life and his desire to begin a personal relationship with God. He was looking for comfort and peace because he feared death. He did make that connection with a lot of encouragement and support. During all this time, he still insisted on resuming his kayaking activity on weekends with me and his program friends. He did get the necessary clearance through his primary care physician to continue his participation.

After our season was coming to an end in November 2014, I told him about an invitation that I received from the Providence VA Medical Center to have me come and do a presentation for some clinicians who were considering creating a rowing program for blind/vision impaired Veterans. Kent quickly announced and insisted on coming with me so that he could give a testimony about how our program has benefited him. When we arrived for the meeting, we had 4-clinicans and 2-coaches ready to hear what we had to say. Kent began by saying how he and I first met and how he came to be in our program. He openly spoke about his stage-4 throat cancer and how it made it easier for him to go through the difficult radiation and chemo treatment by having "something to look forward to each weekend." He talked about how isolated he was most of his life and how he avoided contact with humans but that since taking part in our rowing & kayaking program, he began to develop meaningful friendships. When he finished, there wasn't a dry eye in the presentation room. After our presentation concluded, Amber Vaillancourt, a BROS clinician stood up and asked me, "when can we get started?!" We successfully launched that program 2-months later; a record time. What an amazing transformation my good friend Kent went through from being labeled the "most difficult client/patient Veteran" to one that was focused on helping better the lives of other severely disabled Veterans.

Those that really never took the time and patience to get to know Kent have really missed out on his humanity and love for others who were struggling. He was a very empathetic individual. I credit Kent for leaving behind a legacy of helping create our 1st VA Blind Crew Rowing Program nationally. His portrait, along with the founding clinical and coaching members of this very unique blind rowing program, now hangs as a large commercial poster in the lobby of the Providence VA Medical Center. How often we all go through life meandering aimlessly to try to find a purpose. At the very end, Kent found his purpose and mission. Kent, my dear friend, you will be greatly missed by all of us. May you have eternal comfort and peace with our gracious Lord in Heaven. Thank you from the bottom of my heart for your important contribution. Kent is survived by two brothers. 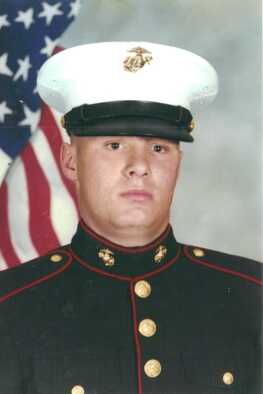 GAGNON, WILLIAM G. “BILL”, JR. William G. “Bill” Gagnon Jr., 51, entered into eternal rest on June 17, 2016, in his home. Bill was born in Derby on Sept. 30, 1964, beloved son of William “Curly” and Elizabeth “BJ” Martin Gagnon Sr., of Little River, SC. After graduating from Seymour High School, he honorably served in the U.S. Marine Corp. Bill was an electrician by trade and enjoyed fishing, kayaking and reading. In addition to his mother and father, he is survived by a brother, James Gagnon (Kelly) of Myrtle Beach, SC, a sister, Kelly Gabianelli (Jeffrey) of Beacon Falls, maternal grandmother, Sophie Martin of Ansonia, nephew, Kevin Gabianelli, niece, Lindsey Gabianelli and several aunts, uncles, cousins and friends. He was predeceased by paternal grandparents, Donat and Bernice Krakowski Gagnon and maternal grandfather, Douglas Martin.

Bill was a personal friend and I got to know him well during our many outings in the past 3-years where he really enjoyed himself kayaking with fellow Veterans.
He spoke a lot about his sister Kelly who he really loved and respected and who worked at Pilot Pen in Milford, CT.
His many friends at Veterans’ Rowing & Kayaking organization were very upset at the news of his passing.

He will be greatly missed by all,

In Memory of Henry Spencer Sr. 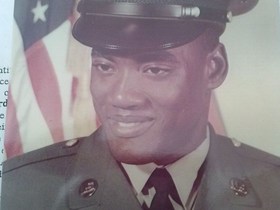 Henry was a father of 6, a veteran of the US Army, that was found dead on his 60th birthday in New Haven, CT.

Henry was a loving father, strict in his own ways but as we get older his ways made us understand what it is to be men.  He was loving and caring to all.

Henry is survived by Juan, 40, Henry Jr, 35, Devin, 34, Terrence, 27, Tenoa, 27, Portia, 16, and 13 grand children.  He was the eldest of 10 siblings scattered all over the East Coast. Originally from Jamaica, he moved the United Stated at an early age joining the US Army wanting to live out the American Dream. Henry started his family in Virginia and he took them around the world to serve his country. Henry retired from the US Army after 20 years of service September 1995. In his later years, he relocated to Connecticut to be closer to his mother, whom passed shortly after. Henry had a passion for music, DJing local clubs and radio shows, he played soccer, and has been known as the best swimmer ever to be seen.

On Wednesday, June 4th 2014, his 60th birthday, Henry Spencer Sr was found unresponsive in the sauna of a local gym.  Living in New Haven, CT it only seems right to say he died alone.

Henry was a founding member(1of 6)of the Veterans Rowing & Kayaking organization which began at Holyoke, MA in the first week of a very cold and breezy May, 2013. He had a near perfect attendance regardless of his many medical complications, including a 5-week period of severe migraine headaches. He was so dedicated and committed to attending each weekend, that he would often bring new participants. He truly believed in the therapeutic and healing aspect of the kayaking program and had his very own adaptive kayak at Holyoke which was reserved especially for him due to his lower back problem. Henry was a true gentleman and sportsman always putting other Veterans ahead of himself and willing to help other kayaker beginners. He will be greatly missed by all of our fellow kayakers, rowers and staff alike.